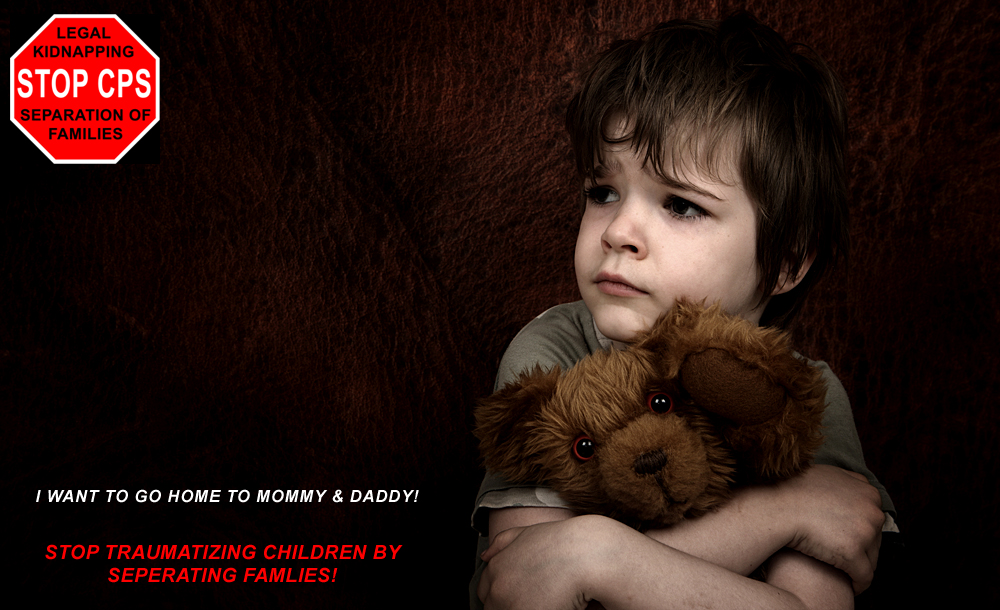 WE ARE RAISING FUNDS TO EMPOWER PARENTS BY HIRING FULL-TIME STAFF ATTORNEYS, TO PROVIDE FREE LEGAL AID TO AMERICAN CHILDREN WHO HAVE BEEN UNCONSTITUTIONALLY SEPARATED FROM THEIR PARENTS!

ONE ATTORNEY CAN HANDLE UP TO 50 FPF LEGAL AID CHILD WELFARE CASES EACH MONTH!

Our Overall Goal Is To Eliminate And / Or Restrict Foster Care Placement By Providing Excellent Staff Attorneys.

Studies show that when families have a good lawyer, it reduces the amount of time children spend in foster care.

437,465 American children were removed from their parents last year.

Federal reports state 5+ Million children have been forcibly separated from their parents in the last 20 years!

Our Children Are Priceless And Your Contribution Can Help To Rescue A Child!

In October of 2017, the Minnesota Department Human Services reported that 15,004 children were in Foster Care. https://edocs.dhs.state.mn.us/lfserver/Public/DHS-5408Ka-ENG. We believe a large number of these children were removed from their families, and traumatized, based upon unconstitutional statues and unacceptable judicial practices by the counties and their agencies.

After winning our inaugural trial case against Minnesota CPS in a 3-day trial on September 11, 2018, we are raising money to hire staff attorneys to grow our Minnesota legal aid program. We seek to rescue these traumatized children and reunite them with their families wherever possible and to provide legal aid services to low-income families who we feel are being targeted by Child Protection Services. We have rescued 16 children so far. Click here to see the Fox News 9 TV Broadcast

Your contribution will make an impact, whether you donate $25 or $500. Every little bit helps.

Family Preservation Foundation, Inc. is a 501(c)(3) organization. Our parent association with over 5,300 parents, is working to change what has been happening with some of the most vulnerable members of our society, children, to ensure they and their families receive constitutional protected advocacy and fair legal representation. We will work to get these children and their parents reunified with free legal service if they qualify, and to get them the PTSD psychological care they will need after these horrific experiences. Currently the government doesn’t provide for post child return psychological care. The mission of Family Preservation Foundation is an expensive undertaking from a legal services perspective.

FPF has also filed the first of many federal civil rights lawsuits in Minnesota that will challenge the constitutionality of their Social Services system. [Case Number: 18-CV-01091] Erick Kaardal, a graduate of Harvard College, has participated and won cases before the US Supreme Court and is chief counsel to the Association for their multi-state federal litigation strategy.

For decades, Minnesota along with other States has been unnecessarily separating families and traumatizing American children based purely on allegations with no supporting evidence. Minnesota is the number one state in the nation in American Indian child removals and has significant racial disparities.

Compared to white children, based on child population estimates:

- African-American children were over 3.1 times more likely to experience care.

[Please look at our CPS Statistic page menu link for all of the detailed facts.]

TAKEN CHILDREN AWAY IS A FORM OF SYSTEMIC VIOLENCE AGAINST CHILDREN, AND IT’S BECOMING NORMALIZED!

Defendants in criminal courts have more rights than parents in Family Court. Children – even nursing newborns — are taken without evidence, warrants, or the ability of parents to face and challenge the accuser in court. Just think about this, a thief will get a jury trial for stealing something as small as pack of chewing gum, but a parent will not get a jury trial when the State takes away their child forever.

Do you really want to live in a country where the government can traumatize children by separating them from their families forever just for being poor? How about, not vaccinating, home schooling, getting a second medical opinion, parental discipline, allowing children to play in the backyard with friends, riding a bicycle in front of your house alone or falling out of bed while sleeping and injuring themselves?

Do you really want to live in a country where the government is not required to show any evidence of physical or mental harm to your child before traumatizing them forever by forcefully removing them from your home and placing them in a shelter, group home or foster care?

Do you really want to live in a country where social workers can fabricate negative evidence and hide positive evidence in their investigation and presentation to the court to affect the removal of your child from the family home?

Do you really want to live in a country where Social Services and the entire judicial process has no periodic or annual case review process, no independent oversight, no “checks or balances”, and no one insists on accountability?

Do you really want to live in a country where the government has a closed court system and operates in total secrecy so that they can protect bad judges, bad lawyers, and bad institutions that serve those courts, such as child protection services, which allows them to hide their traumatization and abuses to children and to cover up their misdeeds?

Do you really want to live in a country where if you even question the legality and constitutionality of the traumatization of your child, the Judge issues a “Gag Order” on the parents and puts them jail for speaking out against the corrupt practices of the system?

Do you really want to live in a country where the entire Social Services system, the Judges, Guardians Ad Litem, County Attorneys, Public Defenders and the County paid Psychologist, Doctors, Testers, Evaluators, and other government witnesses are exempt from any wrong doing by governmentally created immunity in State and Federal courts, so your case challenging any wrongdoing will never be heard or considered, thereby depriving you from seeking any legal redress from the traumatization of your child by State officials?

WELL THIS IS EXACTLY WHAT IS HAPPENING EVERY DAY TO CHILDREN IN AMERICA!

Furthermore, parents must stand by helplessly and watch their children be traumatized and abused by the very same system that is chartered to protect them or risk being jailed while attempting to protect their families.

THE GOVERNMENT HAS DONE A HORRIBLE JOB AT PROTECTING AND RAISING OUR AMERICAN CHILDREN!

THAT IS, UNTIL NOW!